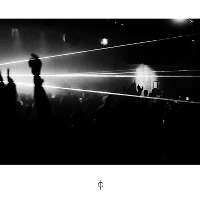 Carefully crafted sounds with an obscure emotion as the guiding thread is what defines the Italo-Belgian record label Cycle Four. Curated by Gianmarco Cellini.

Bedroom producers, unleash your creative powers on Cellini’s ‘Profondo’ and give your career a boost with an official release.

In search for new talent, Cellini, is offering a place in the Cycle Four catalog to whoever makes the most convincing remix of ‘Profondo’, a track coming from the ‘What’s After High’ EP that came in June 2020.

But there’s more. The contest winner will also receive tailored advice by Cellini's management and have the opportunity to join Cellini behind the buttons of his recording studio. If you ever wanted to have a studio session with a seasoned techno producer, now is your chance.

“The remix doesn’t have to be strictly techno”, adds Cellini. “As long as it can surprise me – and as long as it fits the Cycle Four atmosphere – it will be eligible”.

Cycle Four started as a unique event in the iconic Brussels nightclub Fuse by techno DJ-producer Cellini. With attendance growing every edition, the organization even took over a stage at Tomorrowland 2019 and founded one of Belgium’s most compelling new record labels.