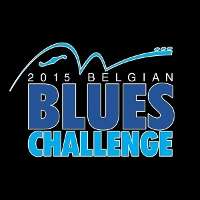 The Belgian members of the European Blues Union are searching for bands and/or solo artists who want to make their way to European blues stages and want to represent Belgium during the 9th edition of the European Blues Challenge (21 countries) that was over the past years organized in Berlin, Toulouse, Riga, Brussels, Torrita di Siena/Italy, Horsens/Denmark and Hell/Norway.

From all entries (deadline April 30), only eight acts will be selected. These are expected to be present on September 29, 2018 at GC Den Breughel in Haacht to show the best of themselves, in a production of the Swing Wespelaar team.

An erudite jury selects the act that gets the honour to represent Belgium during the European Blues Challenge in the Azores (Portugal) on 5 & 6 April 2019 (travel and lodging costs will be at the expense of the winner).